An update from Ms Achala Wickramaratne

In one such activity, each child was asked to research a person from black heritage and share their biography. A quote of inspiration from their figure was brought and displayed on our classroom walls. After presenting their quote, each child spoke about what they thought it meant in context to their person and why their words resonated with them. 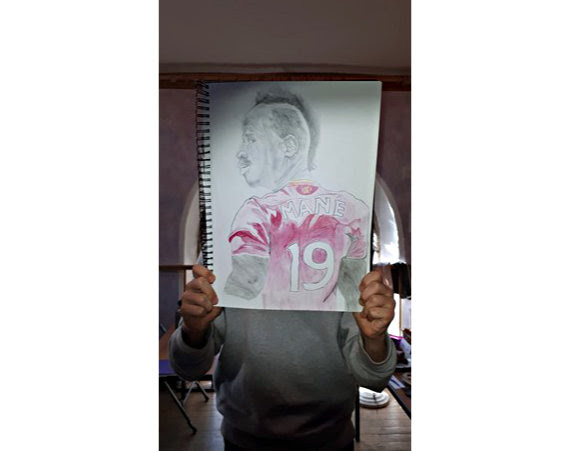 Class Eight also revisited their Africa block, in which each pupil researched an African country, created written and practical elements and presented their projects via Zoom. As a continuation and celebration of biodiversity and African cultures, each pupil prepared a dish to represent their studied country. As traditional African songs filled the classroom and we delved into delicious food, each student gave an explanation on the significance of their dish along with recollections from their African project.

Another discussion point for Class Eight has been cultural appropriation and appreciation; and identifying the nuances between the two. Articles were studied, guests were invited to share their personal thoughts and many class discussions were had. Stemming from the inspiring and expansive conversations, Class 8 will have a current affairs lesson every fortnight after Half Term.

This week, Mrs Akuwudike introduced Class Eight to the 1963 poem “Telephone Conversation” by Nigerian poet Wole Soyinka. The class will spend a number of sessions learning the poem by heart and understanding the themes of racial discrimination during the era it was written in.

Continuing with poetry, Class Eight are lucky to have a poet in their midst. Abdi Bahdon, Class Eight TA, introduced his own poem “Autumn”. The weekly recitation of the poem gives emphasis to rhythm and flow with a focus on projection and breathwork, lending itself perfectly towards Class 8’s Project Presentations.

Class Eight are dedicated to learning about Black History throughout the year in an effort for Black History Month to become All-Year-Round Black History. Class Eight will be taught History not from a Eurocentric perspective but from many perspectives. For History about non-European countries to be studied with depth and honour, and not from when “Europe entered the Arena” (John Agard). And for Class 8 students to keep asking questions in-order to change the conforms of society through their education.